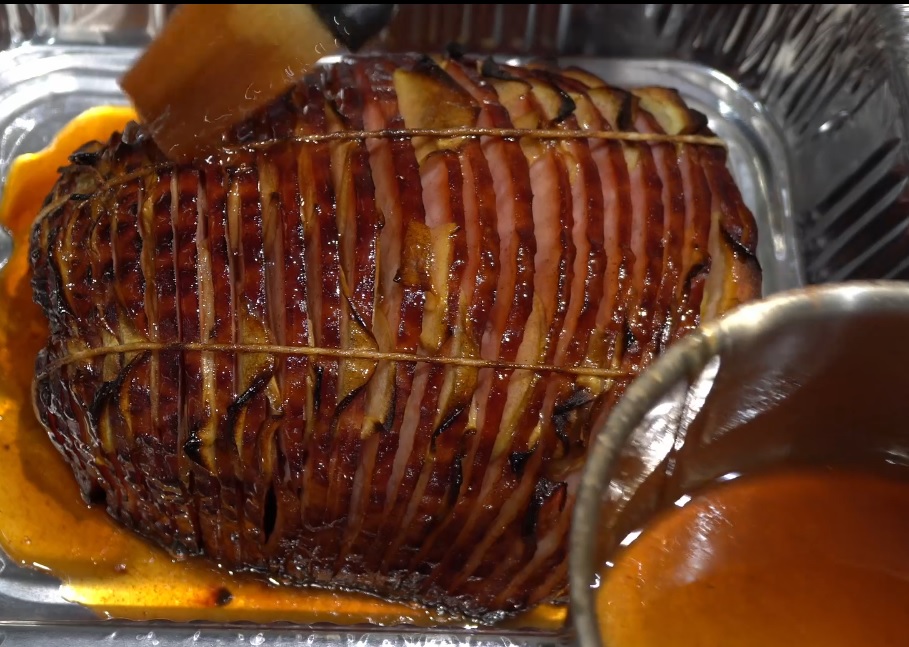 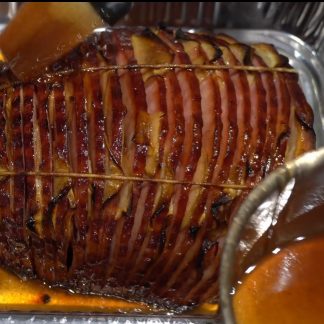 Recipe for the glaze: (while the ham is smoking) in a small pot on medium heat, I added 1/4 cup of apple cider the rest of the ham glaze packet 1 shot of bourbon 1 tsp of cinnamon 1tsp of apple pie spice stir to dissolve and bring to a boil. set the heat to low and simmer to reduce for 10-15 minutes. allow to cool and pour over and baste on the ham. add about 1/4 cup of brown sugar to the top of the ham for that crunchy edge. pre-heat an oven to roast at 450F In the middle rack add the ham and roast until the sugar bubble and brown on the top. this should only take 5-10 minutes, so check frequently to make sure the sugar doesn’t burn. This smelled like apple pie and came out delicious. I hope you get a chance to try this recipe.
Keyword bourbon glaze, glaze, ham, ham glaze
Tried this recipe?Let us know how it was!
Category: Recipes
Tags: ham glaze, holiday ham
Search Site